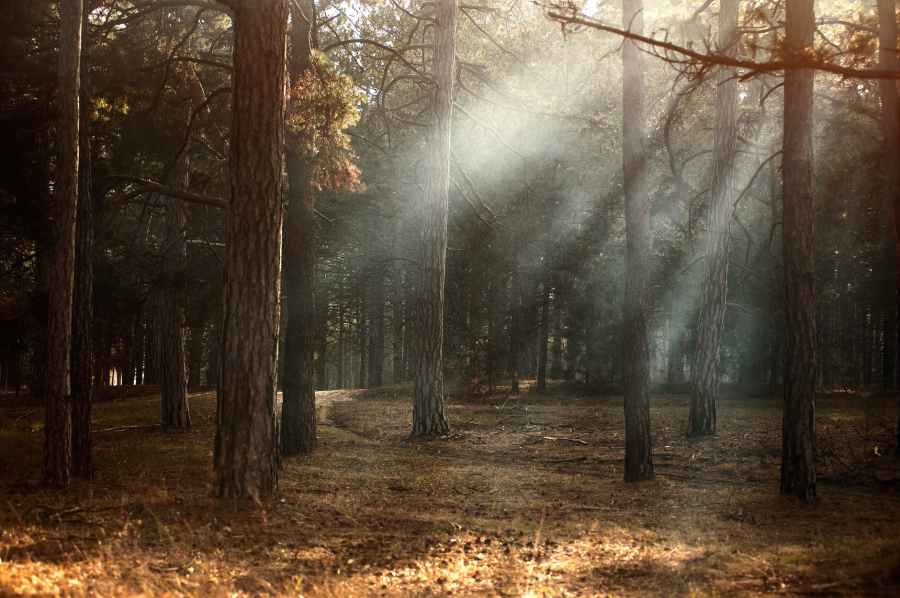 When we ask God for something, it can be easy for us to try to dictate the terms. For instance, when my grandmother was in the hospital with amiodorane toxicity in her lungs, I prayed for healing.

I’ll never forget when God used one of my closest friends to begin to prepare me for His will. She called me late one night and talked to me a long time about my grandmother. Then, she told me that she was praying for healing and for God’s will to be done, and she explained to me that He would answer that prayer—that she would either be healed in her physical body or she would be healed permanently by going to be with the Lord.

Well, I wasn’t ready to hear that. I wanted her here with us, so I began to try to coerce God into doing what I wanted. I began to pray specifically for her to be healed and live.

Alas, it didn’t turn out that way, and my faith was shaken for a while. Everyone says God answers prayer. If that was true, why didn’t my grandmother live?

I finally had to come to the realization that God had answered my prayer. My grandmother was healed, and now she’ll live forever.

God knew what I meant when I prayed for her to live. He knew I wanted her here on earth with us longer, but He knew what was best. God always answers prayer. It’s just that sometimes the answer is ‘no’ because He has something better planned.

I know my grandmother is in a better place with Jesus, my granddaddy, her parents, her brothers and sisters, and all our other loved ones who have gone on before. It was still hard to lose her, but God used it for good in my life too. He taught me spiritual lessons and used my grief to draw me closer to Him. With every trial that comes through life, we’re given an opportunity to learn to trust in God’s wisdom and depend on Him more. We learn more about His holy, everlasting character too.

We must trust God to answer our prayers in His way and in His own time. He wants us to bring our needs and wants to Him, but then we’re supposed to fully place them in His hands and have faith that whatever He decides is best—because it is—even if the answer is ‘no.’ Oftentimes, when the answer is ‘no,’ it’s because He has something more amazing than we could have ever imagined planned. Our job is to have faith in Him.

15 And he said, Hearken ye, all Judah, and ye inhabitants of Jerusalem, and thou king Jehoshaphat, Thus saith the Lord unto you, Be not afraid nor dismayed by reason of this great multitude; for the battle is not yours, but God’s.

16 To morrow go ye down against them: behold, they come up by the cliff of Ziz; and ye shall find them at the end of the brook, before the wilderness of Jeruel.

17 Ye shall not need to fight in this battle: set yourselves, stand ye still, and see the salvation of the Lord with you, O Judah and Jerusalem: fear not, nor be dismayed; to morrow go out against them: for the Lord will be with you.

18 And Jehoshaphat bowed his head with his face to the ground: and all Judah and the inhabitants of Jerusalem fell before the Lord, worshipping the Lord.

20 And they rose early in the morning, and went forth into the wilderness of Tekoa: and as they went forth, Jehoshaphat stood and said, Hear me, O Judah, and ye inhabitants of Jerusalem; Believe in the Lord your God, so shall ye be established; believe his prophets, so shall ye prosper.

21 And when he had consulted with the people, he appointed singers unto the Lord, and that should praise the beauty of holiness, as they went out before the army, and to say, Praise the Lord; for his mercy endureth for ever.

22 And when they began to sing and to praise, the Lord set ambushments against the children of Ammon, Moab, and mount Seir, which were come against Judah; and they were smitten.

24 And when Judah came toward the watch tower in the wilderness, they looked unto the multitude, and, behold, they were dead bodies fallen to the earth, and none escaped.

25 And when Jehoshaphat and his people came to take away the spoil of them, they found among them in abundance both riches with the dead bodies, and precious jewels, which they stripped off for themselves, more than they could carry away: and they were three days in gathering of the spoil, it was so much.

When we pray about a matter that is very important to us, it’s easy to begin telling the Lord how to answer our request. We’ve all done this, haven’t we? We start out asking God for help, but as our emotions enter in, we become more passionate about explaining what we want Him to do about it.

God promises to answer prayer (Mark 11:24), but sometimes His answers don’t satisfy us. Oftentimes we want relief from pain and difficulty rather than an extra measure of grace to endure in a manner that glorifies God.

King Jehoshaphat may have expected the Lord to answer his prayer by giving the army supernatural strength to win the battle, but God’s solution was entirely unexpected. His method was to send the choir out singing praises. Then God took care of the enemy without any help from Judah’s soldiers.

Instead of dictating a solution, Jehoshaphat trusted God to answer the prayer as He saw fit. And we should do likewise. Prayer is an opportunity to bring our concerns to the Lord and trust that He will answer in a way that brings glory to Him, not to us.